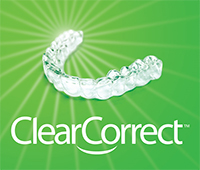 Our Doctors in West Chester PA 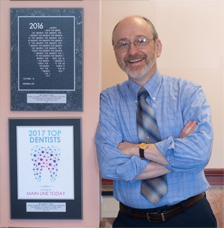 Dr. Stall is originally from the Catskill Mountain region of New York State and graduated from SUNY at Buffalo in 1977 with his B.A. in Geography. After receiving his Masters degree in Public Health at Tulane University, he moved to Philadelphia in 1979 to attend one of the top 5 dental schools in the nation, the University of Pennsylvania School of Dental Medicine. Following graduation in 1983, he spent the next year as a resident at the Mount Sinai Medical Center in New York City, where he received additional training in General and Hospital Dentistry. In 1985 he opened his dental practice in West Chester, Pennsylvania.

In 1989, Dr. Stall received the prestigious Academy of General Dentistry Fellowship Award, given to those dentists who have shown dedication to patient care through continuing education. Dr. Stall has taken over 2000 hours of continuing dental education courses since 1983 and is a past clinical instructor in restorative and cosmetic dentistry at the University of Pennsylvania. In addition, he mentors other dentists in areas relating to implant and restorative dentistry.

Dr. Stall is happily married to his wife Judith, and they are the proud parents of two handsome boys, Aaron and Zachary, and a beautiful daughter, Leah. His hobbies and interests include football, soccer, skiing, fly fishing, motorcycle riding, travel, reading good books, and community and religious service. Best of all he enjoys being a dad and a husband and spending time with his family. 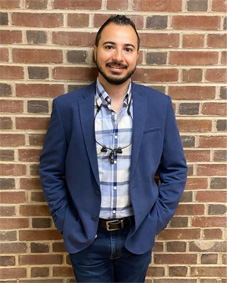 Dr. Yacoub became a dentist, initially, to honor his late father who was a well-known dentist in Egypt. He has grown to love the profession for the interaction with patients and the immediate relief and satisfaction that a dental procedure can provide. Dr. Yacoub is particularly interested in comprehensive dental care and is proficient in pediatric, adolescent, and adult dentistry. He is welcoming and warm, with a great chair-side manner. Dr. Yacoub says “Identifying and solving problems and seeing the smile on a patients face from a job well done is what gets me up every morning!” He is a member of the American Dental Association, the Pennsylvania State Dental Association as well as the Academy of General Dentistry.

Outside of dentistry, Dr. Yacoub enjoys spending time with his wife, Mariam, and his son, Moses. He is a huge soccer fan and enjoys being outdoors with his beautiful family any chance they can get!